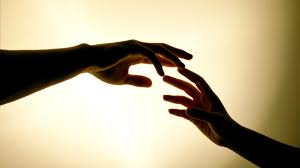 Do you need to find and locate missing people? It goes without saying that it can be quite a traumatic time when a person you know such a friend or loved one goes missing. The effect that it can have is often devastating and leaves people with a range of feelings and emotions such as anger, depression, bewilderment, and even bereavement.

Such a harrowing experience can also be emotionally confusing and, of course, highly distressing. When people go missing, they sometimes don’t consider the actual impact their actions will have on their loved ones. While people have the right to go missing, many adults and children often do so at a vulnerable stage of their lives.

During the initial stages of a person going missing, their families and friends will understandably focus their energy on searching for them. As a result, their emotions could be either ignored or pushed aside.

How big is the problem of missing persons in the UK? What steps should and do get taken to try and locate them? And just how does it impact those closest to them?

Fundamental statistics of missing persons in the United Kingdom

According to findings from the NCA (National Crime Agency), an average of around 370 persons per day go missing in Britain. For the financial year 2015/16, approximately 135,382 individuals were recorded as missing.

When a person gets reported missing, the police also carry out a risk assessment to determine if the individual could be a danger to themselves or others. There are three risk categories that they use:

Low Risk
There is no apparent threat of danger to themselves or the public. Missing persons under the age of 18 years are not included in this risk category;

Medium Risk
The subject is likely to pose themselves or others in danger, or might be a threat;

High Risk
There are substantial grounds for believing that the missing person poses an immediate threat to themselves or other individuals. They may be in danger because of their own vulnerability, a victim of a serious crime or the public may be at risk from the subject.

There are cases where some individuals may go missing on more than one occasion. The NCA reports that 59% of children under the age of 18 are most likely to go missing twice or more. That’s in comparison to just 21% – less than one-quarter – of all missing adults.

Of all the adults and children that go missing, 96% did not suffer any injury at all. Around 1.6% of all missing persons suffered some physical harm, with 1.7% self-harming.

Why do people go missing in the UK?

As you can imagine, the reasons for why a person decides to go missing vary. It’s also common for individuals to have multiple reasons for wanting to leave their homes and everyday lives.

Around two-thirds of people intentionally decide to abandon their homes and daily lives without telling anyone. Some of the most typical reasons for missing people include:

A study on missing persons conducted by the University of York back in 2003 (“Lost from View” – Biehal, Mitchell, and Wade) discovered that 30% of adults go missing due to breakdowns in their relationships with partners and spouses.

The reason can also be down to marriage breakdowns when a parent leaves home, and there is a subsequent conflict between the subject and their parents).

In some cases, people decide to leave after heated arguments with their parents or partners. They often see going missing from their loved ones as a last resort due to the longer-term process of relationship breakdowns, but feel they have no other choice to escape their situations.

People that decide to leave their spouses or partners sometimes do so because they want to avoid all contact with their former partners. It’s a sad fact of life that this also happens where children are involved; some parents decide they wish to have no further contact with their offspring.

In some of those parental missing person situations, individuals attempt to cease contact with their children due to issues with their former partners. For instance, one person said he decided to “disappear” because if he tried to contact his children, his ex-wife would try to find him and “give him trouble.”

Not having enough freedom to do what they want is often a reason cited by people when asked why they went missing. These conflicts of independence can take many forms, such as:
Young adults drifting apart from their parents who can’t accept the fact they have “grown up”;Conflicts over the subject’s choice of partner (i.e. the parents disapproved of the male/female the missing person was seeing).

According to the charity Living Without Abuse, domestic violence affects around one in four women and one in six men in their lifetime. It also accounts for 16% of all violent crime in England and Wales, yet is also the least-likeliest crime to get reported to the police.

Many domestic violence victims feel they have no way out of their situation other than to just escape from their lives and attempt to start afresh elsewhere. Doing so means they often leave behind their family and friends to hide from their old lives.

The Lost from View study by the University of York mentioned earlier also claims that around 11% of adults go missing due to dementia and mental health concerns.

According to the charity MIND, at least one in six people suffer from a common mental health condition such as depression. They also note that depression affects around 2.6 out of 100 individuals in England alone.

Meanwhile, the Alzheimer’s Society says that 850,000 people have dementia in the United Kingdom. They estimate the figure to soar to around 2 million by the year 2051.

Statistics from the NCA show that 22% of all missing persons cite mental health problems as the reason for leaving their homes and everyday lives.

The impact missing people has on families

As you can imagine, when a loved one goes missing it can leave devastating consequences for their families. There are many emotional challenges that loved ones cannot overcome when someone close to them seemingly disappears from existence.

It’s no secret that the feelings and emotions experienced by families are akin to feeling bereaved. The only difference is, their families have no idea whether the missing person is still alive or not. As such, they experience a lack of resolution and ambiguous loss.

And it’s not uncommon for families to describe the situation as feeling like they are living in limbo. That is, there is a never-ending “not knowing” – they don’t know if the missing person is okay, where they are or why the person left, or even if they intend on coming back home.

Families also feel like they are suspended in a constant state of pain and uncertainty. They cannot move forward with their lives, and marking family events like birthdays and Christmas also poses a lot of dilemmas and anguish. The families of most missing persons often say they would rather know something about the disappearance of their loved ones rather than nothing at all.

There is no denying that families of those that have gone missing feel like they are on a never-ending emotional roller coaster.

What to do if someone you know goes missing

It can sometimes be difficult to know what to do if someone close to you goes missing. Do you have reason to believe that your loved one has gone missing? And do you feel they aren’t just somewhere unreachable due to lack of mobile reception, for instance? If so, it’s vital that you act straight away to increase the chances of finding them sooner rather than later.

If they don’t live with you, the first thing you should do is go to where they live and search their home. Sometimes, a person may be unreachable due to a sustained injury in their home. And, as can be the case with children, your loved one could be hiding somewhere.

Should you be unable to find them at home, try to look for clues as to where they might have gone. Examples include notes and messages written on notepads.

Next, you should contact other family members and their friends to find out if they have gone there. That can sometimes be the case if they had an argument with you or someone else in your family and stormed off without saying where they were going.

It’s also worth keeping a mental or written note of who you have contacted or where you have searched to avoid wasting any time.

If your initial investigations have not produced any results, the next step is to contact the police and report them missing. Remember: you do not have to wait 24 hours before reporting a person missing in the UK.

The police will ask you for some details, including a physical description, when you last saw them, and if they mentioned that they wanted to go somewhere soon. They will also require you to provide details about the person’s health and any medication that they need to take. All those questions get asked to build up a clear picture of the individual and risk-assess them.

If your loved one drives a car or rides a motorcycle, the police will want those details too. They may also ask for other information, such as whether they use social media or have a mobile telephone.

You should also advise the police if the person is a child that is at risk of harm. In some circumstances, they can raise what’s known as a Child Rescue Alert.

If someone that you know has gone missing for a while, the police will have pursued many lines of enquiry. It’s also likely that you will have done the same, such as contacting local hospitals and even homeless shelters and charities in your area.

There are many other things you can do to try and track down a missing person, especially if they have not been found for quite some time. An appeal on social media is something that is easy to do and has the advantage of reaching out to a broad audience. Your local police force will also have posted details of your loved one on their social media profiles too.

If you believe the person has gone missing because they just wanted to start a new life, it’s possible to try and trace them in other ways too.

For example, Find UK People® offer several services to help locate missing persons, and we have a 98% success rate. What’s more, we offer a “no trace, no fee” service for added peace of mind. When we do locate individuals, we can usually find them within 24 hours.

They use a variety of sources to complete all enquiries, and can trace the location of individuals from their mobile numbers even.

Last, but not least, you should have regular contact with the police officer assigned to your missing person’s case. That way, you can both determine if any new lines of enquiry should be pursued.